Is G Herbo a snitch?

One of the things that can easily kill your career in the rap game is being labeled a snitch. Following G Herbo’s alleged involvement in a $1.5 million fraud scheme based in Boston, he’s now facing federal fraud charges, and he’s been labeled a snitch. That’s according to Instagram influencer Omi In A Hellcat, who also claimed that because of G Herbo, the FBI raided his home.

He said following the raid, his possessions were seized, and he also now faces tax evasion charges. He believes that it’s G Herbo who sold him out, and as a kicker, he thinks it’s over a girl that they were both sleeping with.

On an Instagram Story, he said, “@NoLimitHerbo oh you throwing me under the bus cause me and u was f&*king with the same shawty damn I get it. SMH this new generation ain’t thurl. Fight your case without mentioning me and I’ll do the same bro.” 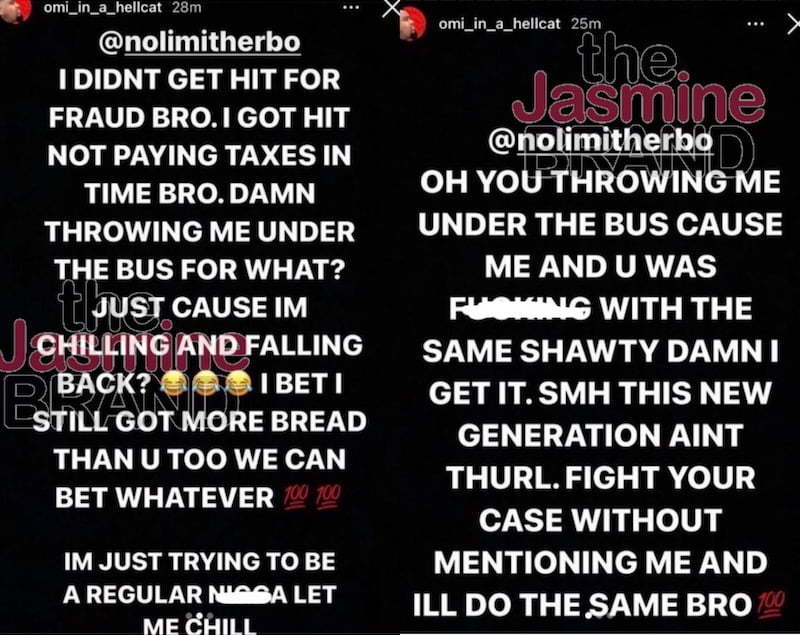 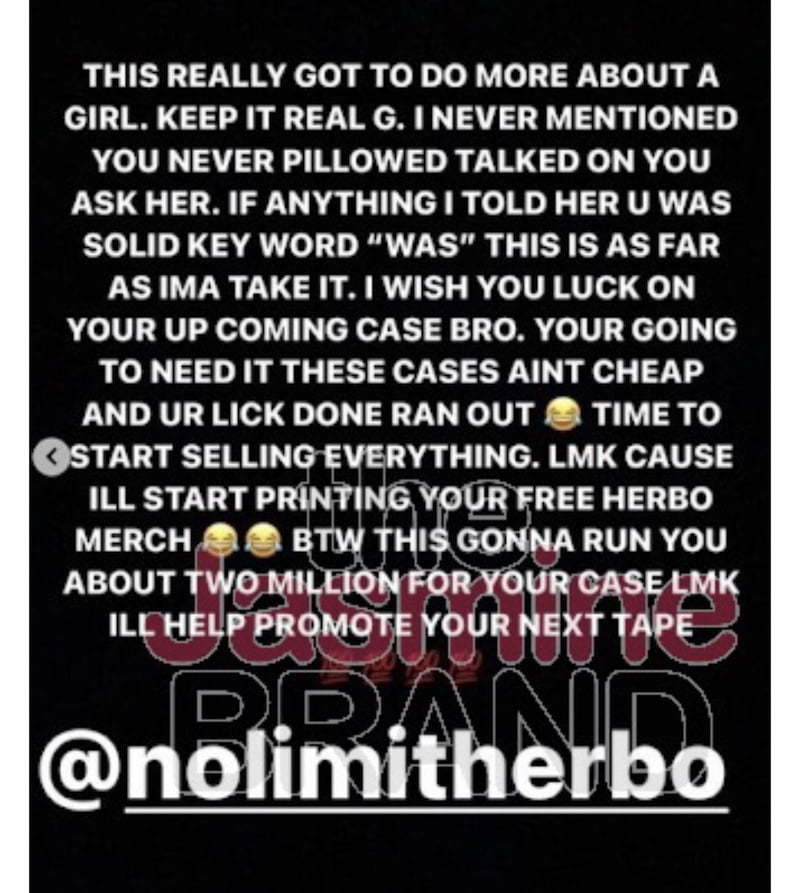 He continued his allegations by adding, “This really got more to do about a girl. Keep it real G. I never mentioned you. Never pillow talked on you, ask her. If anything, I told her you was solid. Key word, ‘Was.’ This is as far as Ima take it. I wish you luck on your upcoming case.”

According to OMI In A Hellcat, his home in New Jersey was raided in November. He said that agents seized all of his electronics and his fleet of nearly 30 cars as well. He’s maintained that every cent he’s made has been done so the legitimate way. He claimed that the money comes from the fact that he is a landlord and also owns a construction company. He is also a YouTuber and club owner.

OMI added that he thinks his Gears TV Reloaded streaming service is also being investigated, and that could mean charges for violation of several copyright laws.

“No copyright holders ever got in contact with me to say, ‘Hey, you can’t do this’ because there are certain ways that I set the business up that’s going to prove a million percent that it wasn’t illegal,” he said in an interview with CBS Philadelphia. In early December, he said that just last week he was a multi-millionaire “and now I’m down to nothing.”

G Herbo is currently out on bond pending trial. The Chicago rapper maintains his innocence in the fraud case.