Travis Scott is getting clowned over a potential Verzuz with Future.

The Verzuz battle between R&B Queens Keyshia Cole and Ashanti is still patiently waiting in the wings after delays caused by Covid-19. Yet, if the rumors in circulation are actually true, hip hop fans could already be looking to save a date for yet another battle. The main question is, do Verzuz fans actually want to see Future and Travis Scott go head to head?

According to Timbaland’s manager, there are already talks about this Verzuz happening. Sadly, at this time, the general consensus surrounding that battle is pointing to a resounding ‘No.’ Both Future and Travis Scott have shown that they have the star quality one needs to attract millions of sales/streams and fans to their live events when that was actually a thing. 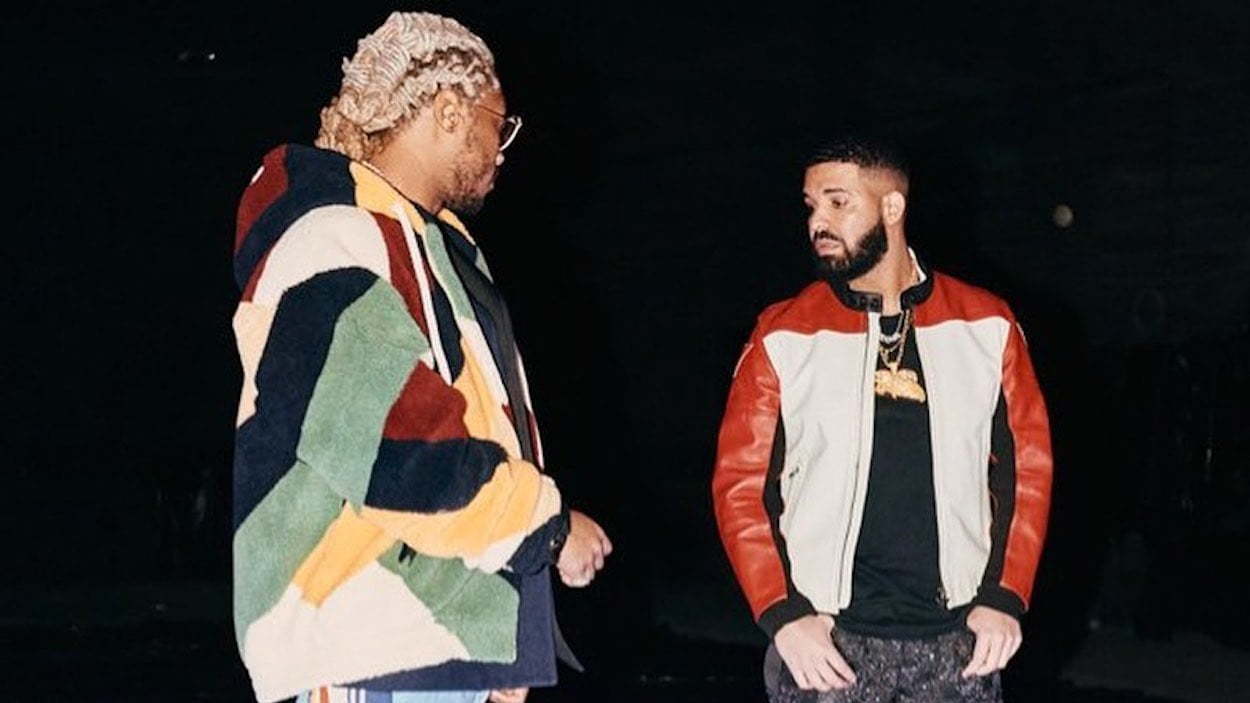 That is still not enough for some fans who believe that, for starters, there is too big of a cap between the start of their musical careers. 37-year-old Future started his career in the early 2000s, while 28-year-old Scott’s history began in 2012. In addition to the nearly decade long gap, fans fear that Future’s ability to deliver the goods on a mainstream level while keeping his ears to the streets will prove too much for the “Highest In The Room” rapper.

The Verzuz duo of Swizz Beatz and Timbaland have been doing a great job so far with the battles they have brought to entertainment deprived fans. The initial Verzuz battles started as simple setups between artistes using their phones or other devices. This was until the Verzuz battle between Jamaican veterans Beenie Man and Bounty Killer ushered in a new form of battle, with both members being in the same room and, most importantly, stable audio and internet connection. So far, we have seen the likes of Rick Ross vs. 2 Chainz, Too Short vs. E40, Patti LaBelle vs. Gladys Knight, Brandy vs. Monica, Gucci Mane vs. Jeezy, Fab vs. Jadakiss, Snoop Dogg vs. DMX, and more battle in this format.

With their selection team being on fire for 2020, fans were hoping that they would have selected something to the tune of Future vs. Young Thug to kick start 2021. Since there has not been any formal confirmation of that battle, there could still be time to give the fans what they want.

Future: I JUST FUCKED YOUR BITCH IN SOME GUCCI FLIP FLOPS

Travis after Future plays The Percocet and Stripper Joint pic.twitter.com/yHbM4mFRbg

travis finna get bullied off the internet again https://t.co/oBbcRPVycn

Travis Scott has been trending on Twitter since recent news of a Future & Travis Scott VERZUZ that is reportedly in the works. Who would win?? pic.twitter.com/Dt9fEbwIGv

Cloud Nothings – Am I Something Lyrics